A range of Single Malts 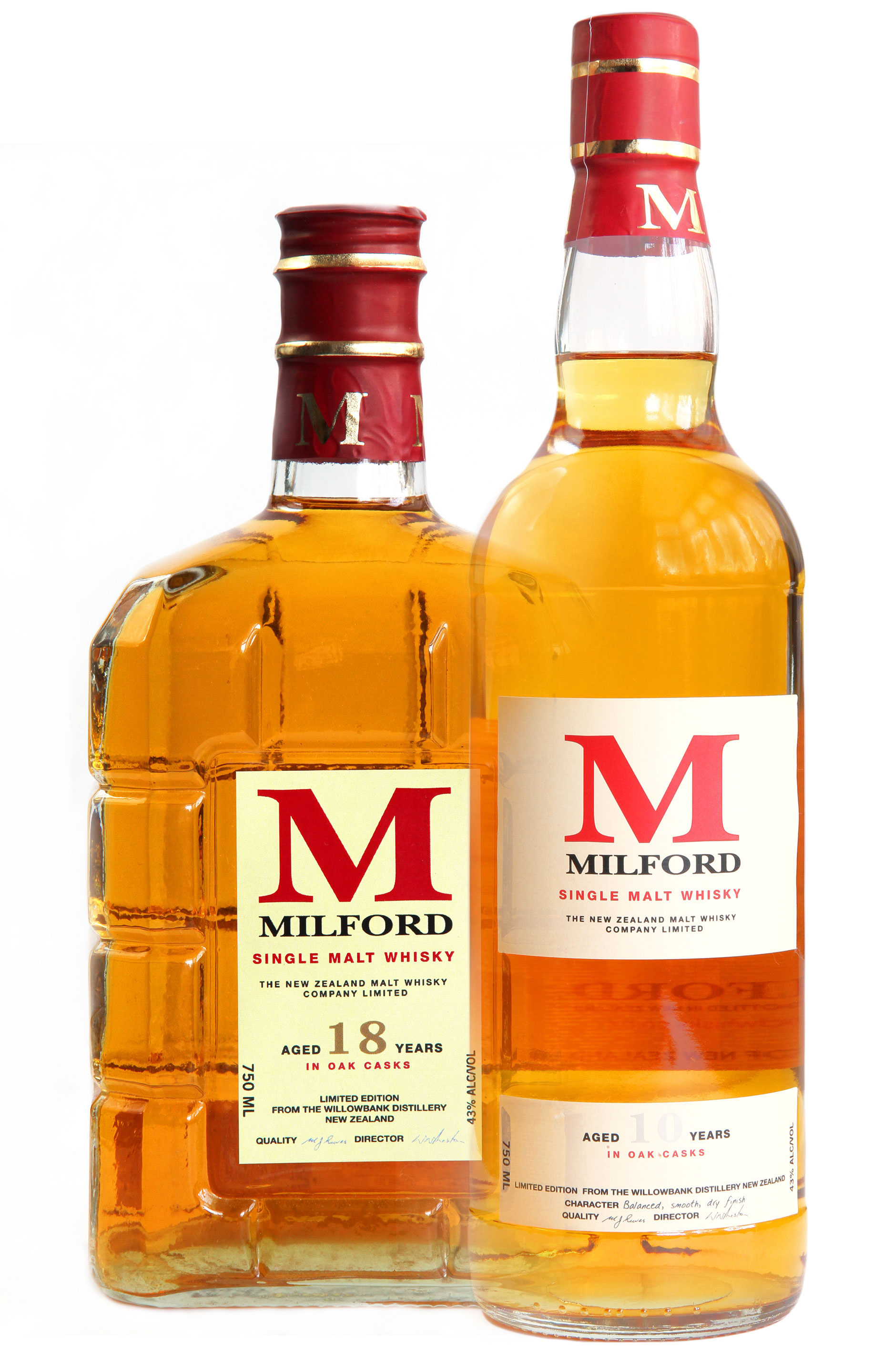 The Milford range of single malts were released by our predecessors, the Prestons. These were the first whiskies to be released after the closure of the Willowbank distillery, and gained universal acclaim.

From the back label:

“A product of the matchless New Zealand environment, and of years of dedicated, skilful, patient toil, Milford is a single malt whisky of superb quality and unique heritage.

Created in the splendid, remote South Island, among the echoes and reflections of the Scottish Highlands and Western Isles, Milford began with the endeavour of earlier generations of settlers to recreate the flavours, memories and experiences of their distant homeland. They achieved something even more nw. Even more unlversel. Miiford Is one of the world’s great single malts.

It will, we are sure, reward you as it has the palates of some of the world’s most discriminating tasters and enthusiasts.”